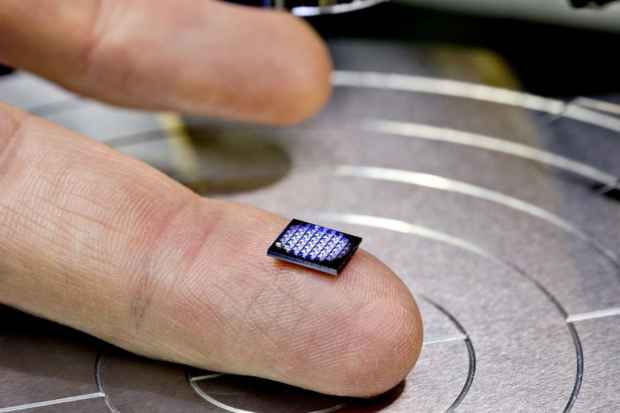 When it comes to innovation in the technology field, there is no way around IBM. This was recently demonstrated by the company at the IBM Think 2018. A “5 in 5” presentation presented technologies that will change our lives over the next five years. If you want to hear a big company talking about artificial intelligence, quantum computers, and the blockchain within a breath, you should check it out. This year was a special technology: Ebay is currently developing the smallest computer in the world.

Hundreds of thousands of transistors in a confined space

The details about IBM’s mini-computer are still rare, but there was enough information to arouse much interest. The computer will only be 1 x 1 millimeter, which is smaller than a grain of salt. The production costs should be only 10 cents per unit. The product image shows a set of 64 motherboards, each of which houses one of the computers. The last “smallest computer in the world” that received public attention was the Michigan Micro Mote 2015. This was about 2 x 2 millimeters in size.

The tiny computer includes a processor with hundreds of thousands of transistors, SRAM memory, a photo voltaic cell for power, and an LED and a photo detector to communicate with other devices. According to IBM, the performance of the processor corresponds to an x86 unit from 1990. For example, this would make the performance sufficient to play the first version of the computer game DOOM – of course only in theory, but practically this has not been tried yet.